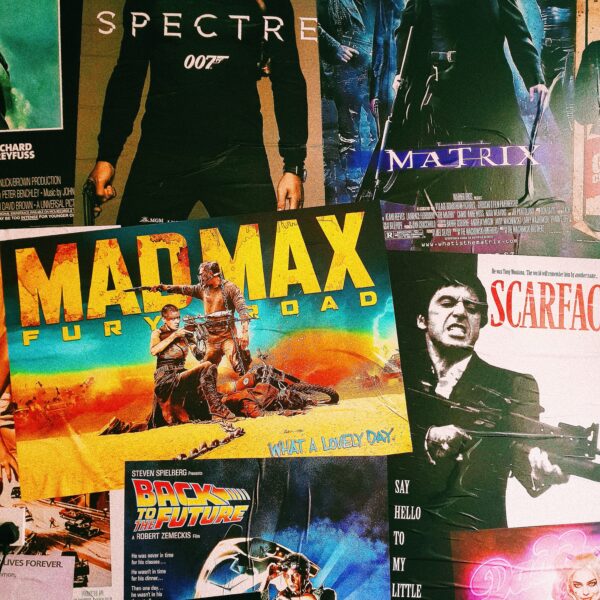 The Most Iconic Movie Posters of All Time

Framing Services / The Most Iconic Movie Posters of All Time

From billboards and posters on the tube, to trailers and interviews with the main stars, the marketing campaign of a film is a massively important part of its production. One of the most crucial elements of this is the movie poster, which offers viewers a first impression, acts as promotional content and aims to summarise the movie in one individual graphic, giving people a flavour of what to expect. Some of the most famous posters have gone down in history and are immediately recognised, with many film enthusiasts buying these to adorn their homes.

While these are easy to pin to walls, framing a poster provides a number of benefits. A frame not only improves the overall appearance, it protects your artwork from damage and keeps it in excellent condition. Here are a few examples of the most iconic movie posters of all time and how these can be framed.

Quentin Tarantino’s 1994 cult classic Pulp Fiction is an iconic film that’s still relevant decades later. The poster is punchy, bright and instantly recognisable around the world, featuring Uma Thurman (who plays Mia Wallace) lying seductively on a bed, smoking a cigarette with a gun and pulp magazine close by. The photographer, Firoo Zahedi, constructed a seedy motel room setting which was inspired by the film noir pulp fiction books of the ‘50s and ‘60s. It has a retro feel and reimagines the classic pulp magazine style rather than referring to the film itself. The film’s central themes of crime, violence, seduction and pop-culture are depicted, while the contrasting red and yellow immediately draws viewers to the poster.

Korean black comedy thriller Parasite was to 2019 what Pulp Fiction was to 1994 — an impossible to ignore, sensational of a movie. It’s a fantastic piece of art, and the movie poster has been the catalyst for other designers to feed off, inspiring commercial campaigns and fan art. The original poster was designed by Kim Sang-man, a film director, art director and composer, and depicts a ostensibly domestic scene featuring the main characters. However, coloured bars conceal their faces: black for one family, and white for another, alluding to how the families are portrayed as opposites in the film. Meanwhile, to the far left of the poster is what appears to be a body on the floor. All in all, the poster has the power to unsettle viewers as well as pique their interest.

One of the most transformative film series ever, Star Wars posters are highly sought after. Known for having incredibly theatrical designs (thanks to the film’s iconography) the one for the original 1977 film — known as Style A — was created by Tom Jung. It features main characters Luke and Princess Leia — who often appear as the dominant elements — against a spaceship-heavy background. Overall, the poster is plain and simple, portraying the adventurous atmosphere of the film. As the first movie was so successful (showing in US cinemas for over 12 months), designers released several more variations of the poster to keep the film advertising campaign going, most of which are just as iconic.

Scarface, despite its original uninspiring reviews, became a global hit and is seen as a landmark movie of the ‘80s. The film poster is a simplified, black and white graphic of Al Pacino’s character, Tony Montana, holding a handgun. The title is outlined in red at the top, with credits to one side and film blurb to the other. It’s a classic and simple image that perfectly expresses the simplified moral universe explored in the American gangster film by featuring drugs, guns, power and money.

The Silence of the Lambs

The Silence of the Lambs movie poster’s central image features Jodie Foster (who plays Clarice) with a death’s-head hawk-moth covering her mouth. The insect has a skull on its back made up of the nude female form, representing Hannibal Lecter’s obsession with women. There is another version featuring Hannibal in red tones, but Clairce’s one was most powerful. It’s both visually appealing and allusive, and directly links to the film. The moth is particularly important as it’s the kind of creature that fascinates Buffalo Bill (a serial killer in the movie), while Hannibal is also fond of the insect.

How we Frame Posters at Soho Frames

At Soho Frames, our experience with different mediums and types of media allows us to frame movie posters with ease. However, the process isn’t as simple as placing an image in a standard photo frame, and is different depending on what type of movie poster it is. These fall into one of two groups: pre ‘80s and post.

Before the ‘80s, posters were printed on old-fashioned paper stock. These often arrive folded and sometimes with tiny holes in the centre where the folds cross over, making them relatively easy to stabilise and frame. Posters made after the ‘80s are printed onto plasticised paper stock and are double-sided — this is how to tell if one is an original and not a copy.

Pre-1980s movie posters can be preserved by being backed onto linen (a permanent process that irons out the folds but doesn’t completely make them disappear) to ensure the poster is strong enough to frame. Alternatively, backing them onto Japanese paper has the same effect, with the added bonus of being removable if necessary. Both of these processes are carried out by highly-trained experts or conservators, so the original poster isn’t damaged. We work with several professional paper conservators who can carry out this process — contact us to find out more.

Post 80s movie posters can’t be backed onto linen as this involves soaking the paper in a mixture of water and adhesive, and slowly drying it over a few weeks. The plastic-type paper doesn’t lend itself well to this technique. As such, these posters need to be preserved and stabilised using Japanese paper. Once backed, they can be framed, often straight to the edge of the mount..

We always recommend a spacer to keep the glass away from the work — moisture caused by condensation on the glass can damage the art, while having it pressed against the glass makes it more likely to buckle or warp. These spacers can be as unobtrusive as 3mm. An air-gap between art and glass is the best practice, although these can also be window mounted if desired, which involves a mount that displays artwork through a window cut. If a client doesn’t want backing or it isn’t cost effective in relation to the poster’s value, it can still be framed to a high-standard. However, we think a window mount is important to keep the work away from the glass and minimise any rippling, with the latter a common issue with modern posters.

Posters that are easily replaceable or not extremely valuable can be dry-mounted onto a standard foam or Kappa board, a process that is permanent and relatively inexpensive. We can remove posters from very sticky backing too, but it’s time consuming and more expensive as a result. Clients are reminded that drymounting is always done at the owner’s risk as the poster goes through a backing machine and mishaps can occur (this is uncommon though). If we print the poster ourselves, this guarantees a faultless end product.

Over the years, we have framed hundreds of posters — both vintage and modern — using these processes. Don’t hesitate to get in touch with us if you’ve got a special movie poster you’d love to have framed in your own home. 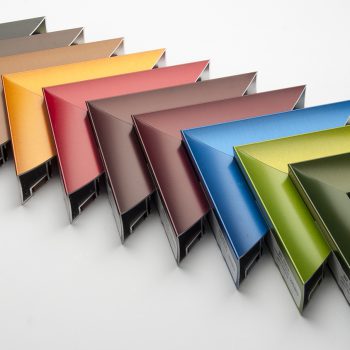 More From Our Guides

How to Personalise your Frame

Perhaps you’ve browsed all your local homeware and interior shops for the perfect frame for your artwork without much luck. None of the plain square or rectangle-shaped designs fit the bill, and you want something more individual that suits your taste, art and home décor. In this situation, going down the bespoke, hand-finished path is…